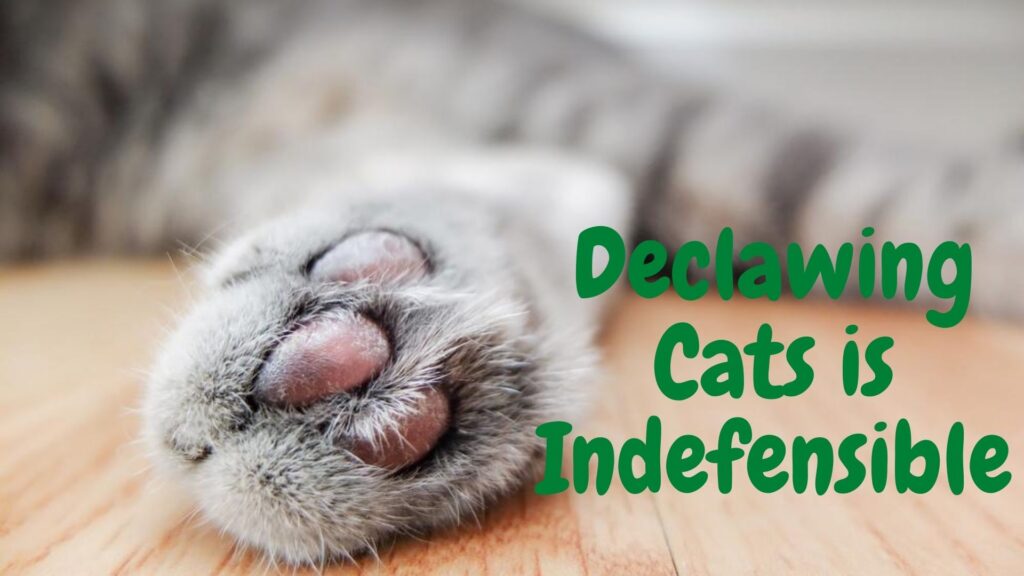 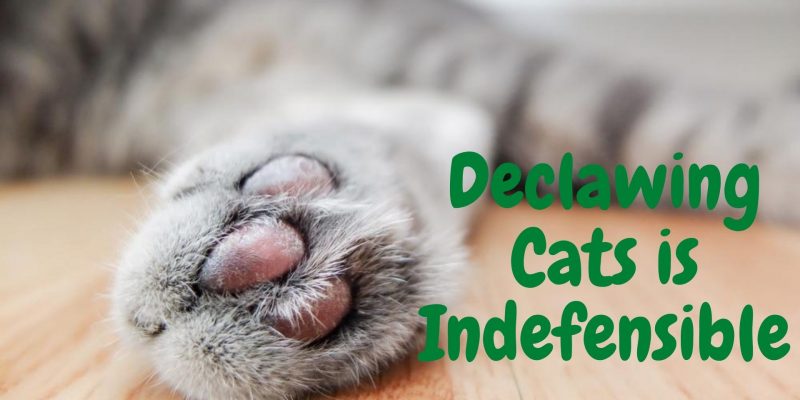 Declawing cats is not a simple procedure, like clipping nails or removing a portion of a cat’s claw. Declawing is a major surgery involving surgical amputation of the first joint of a cat toe & should not be taken lightly.

Cat declawing is a painful surgical procedure. This is because declawing the front feet alone involves almost10 amputations. Even though pain-killing medicines may help initially, the pain lasts for weeks or even months until the tips of the nerves are healed. This makes the declawed cats highly irritable and aggressive.

The cat too does not benefit from declawing. It loses its main weapon of defense. The owners can, of course, argue that since the declawed cat stays indoors, it does not need claws to fight. But this is a flawed argument.

There will constantly be occasions when a cat may be confronted by other cats or dogs. Then, it will find it impossible to strike back, because it has no claws. To use its teeth, it needs to get close to its attacker, which may not happen. A declawed cat, therefore, becomes a helpless victim in front of any aggressor.

Declawing cats may also lead to what is called the ‘litter box problem’. The declawed cats consistently avoid the litter box and choose the softer carpet instead. This is because they experience pain while digging into the litter.

Sometimes declawing may lead to biting problems. As a second line of defense, the cats resort to deep bites. This is when they lose their ability to scratch their opponents with claws as a warning. Sometimes the cat owners themselves become victims of such bites while playing with their cats.

Claws and toes provide much-needed exercise to the cat. When a cat stretches horizontally on a carpet or vertically with a tail to the scratching post, it pulls and stretches its muscles by grabbing the carpet or post with its claws. The cat’s claws play a large and positive role in its amazing muscle tone and agility.

The domestic cats walk on their toes. Therefore, the absence of claws can affect all the joints of the leg, resulting in arthritis of the hip and other joints later. The owners should, therefore, think several times before declawing their cats. One argument that they should firmly reject is that declawing cats are better than putting them to sleep.

Declawing is painful, and a great injustice to your cat.