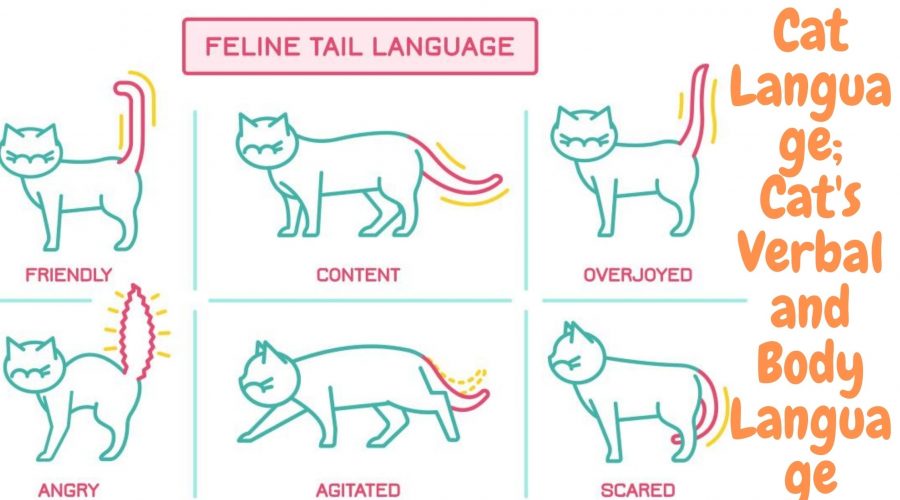 The cat is the only animal that can purr. Purring contains 26 “cycles” per second. Understanding cat language is essential for every cat lover.

Do You Want to Know about Cat Language?

For you, as cat owners or cat lovers, it must be very interesting if you know the cat language. This is because sometimes when you hear your cat’s sound, which is very annoying, you might not know the cat expressed what.

As we all know, cat language has various meanings, and the sounds depend on their pronunciation. Cats can also make a sound like snoring, which many humans like. This is because the sound is not a vowel sound. The cat can make purr and meow noises at the same time.

The cat turns out that they have a cat language to communicate with humans. According to the study, conducted, it was showed that African wild cats–the descent of a domestic cat at home–do not have the capability of this cat language.

Nicastro’s research showed that cat sounds or cat language are different when communicating different things to humans. When they ask for food, for example, the sound will be in contrast to when they are angry.

The way to examine it is Nicastro recorded about 100 “Miaw” from 12 to 26 cats and asked some people to hear them. They were asked to give the cats a sound assessment of whether it’s “seduction”, “fun”, “important” or “demand”. The score is 1 to 7. The cat’s voice tone is then analyzed to determine the pattern of “fun” or “demands”.

When the cat was not happy, the meow will be longer, lower rear sound, rugged, and powerful. “MiiiAWW!” said Nicastro to give an example. The sound happened when the cat was hungry and asked for food.

If the cat is happy, her voice is flat with energy. The voice sounded high-pitched and covered in a low tone.

After the vote and comparison, there was a difference between the wild cats of Africa. Wild cats just made unhappy sounds. They don’t have a soft voice like your cat at home.

“Cats are animals that have learned how to affect our emotions,” says a psychologist who was caring for two cats.” And when we respond, we are also home creatures.”

Here are a few examples of cat behavior that you can guess the mood of your cat.

Cats’ body language will be easily recognizable if you study carefully the behavior of your cat.

It would be fun if you can know the meaning of your beloved cat’s language. It is easy when you follow this guide.